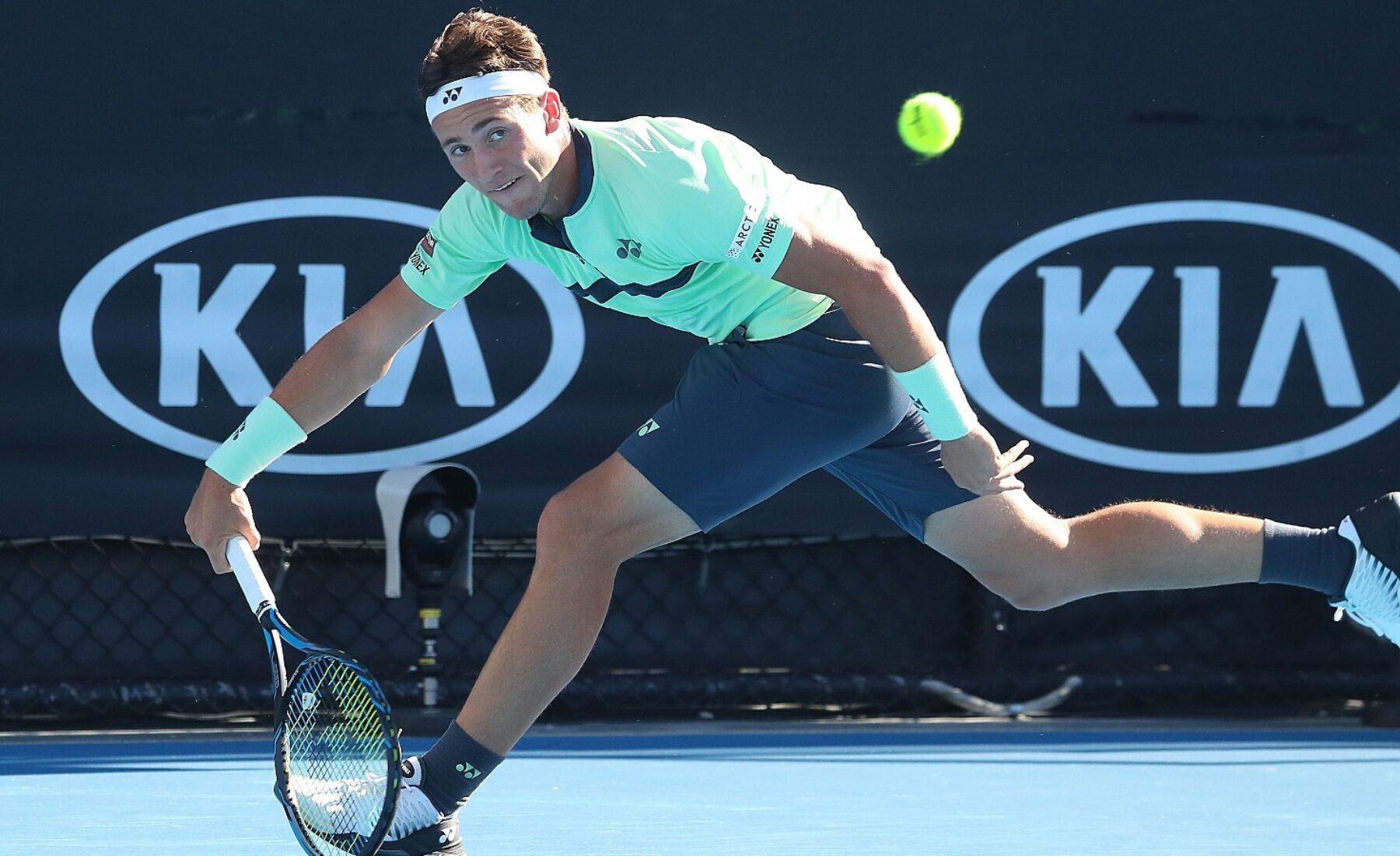 After qualifying to ATP 250 in Auckland and losing to Haase in three sets in first round Casper went on to Melbourne to try to qualify into Australian Open 2018.

He wins his first round in qualies in three sets against Tatsuma Ito. In second round of qualies he beats Dimitry Popko in two sets and went on winning the qualifying final againt Ernesto Escobedo in three sets. For the first time Casper finds himself in the maindraw of a Grand Slam. A new goal is reached. He plays Quentin Halys in the first round of maindraw. They go on to play five sets and after 4 hours 40 min Casper wins this battle 11-9 in the fifth set. And again he finds himself in a new situation with second round appearance of Australian Open.

In second round he plays Diego Schwartzman and his first maindraw event ends there.

Ruud – Schwartzman 4-6 2-6 3-6. All in all a very good tournament for Casper who was very happy with his performance in Australian Open 2018.