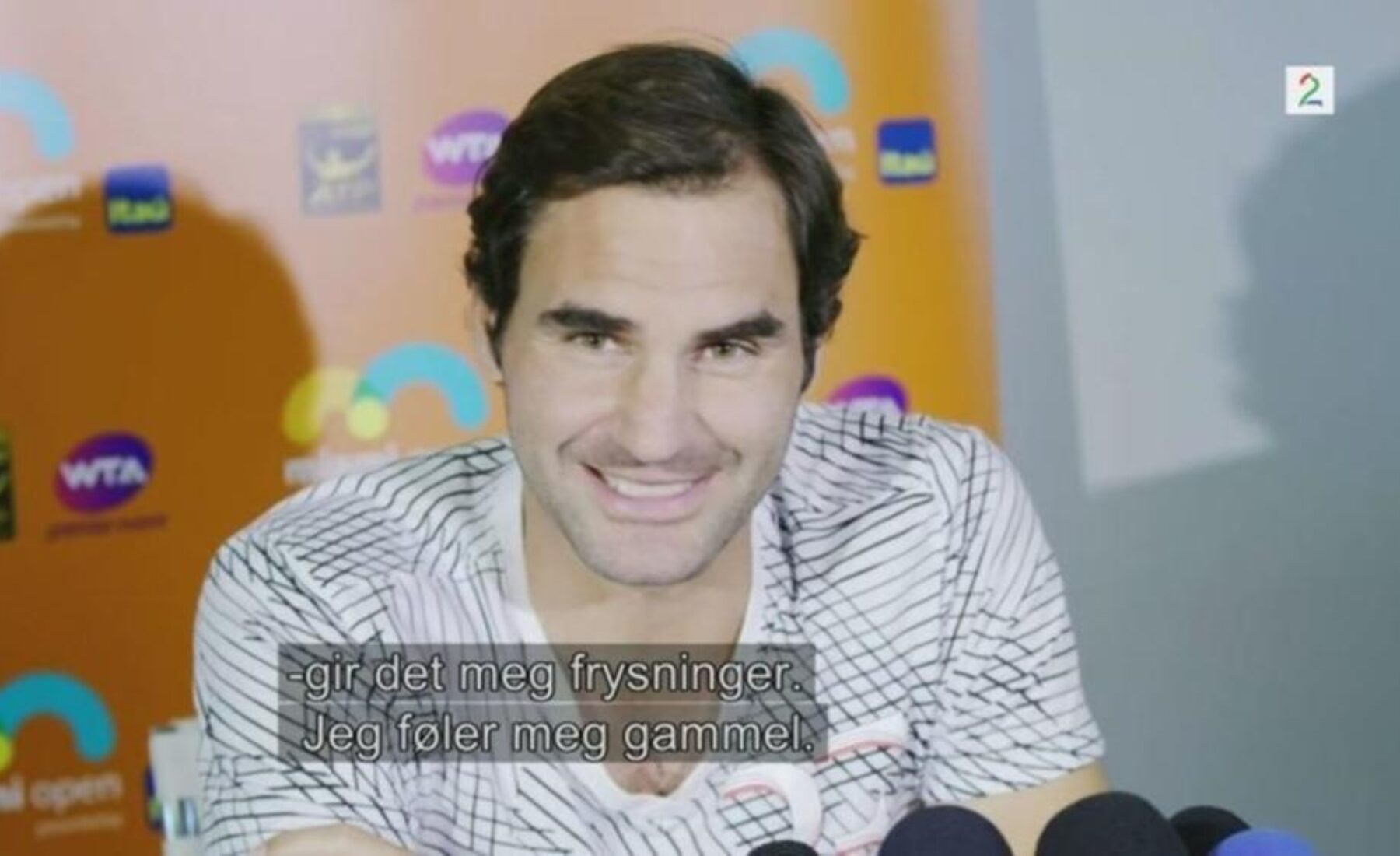 Federer to Norwegian TV 2: - It gives me chills

For Norwegian TV 2, the tennis legend says he gets chills by thinking about how young the Norwegian is.

“I love hearing new stories, seeing new faces and new players. We need them in the tennis sport. We need the old generation, but we also need the new players. I’m sure Casper is one of them,” says Federer about the Norwegian who is about half his age.

“It’s hard to consider a player I have not seen a lot, but when I heard he was born in 1998, my first year as a professional, it gave me chills. It makes me very old, says Federer to TV 2. Casper Ruud himself is a little overwhelmed when he receives creds from the tennis icon.

“Oh, I do not know what to say. I do not know exactly what you asked him about, but it sounds quite cool that he mentions me”, Casper smiles

The son of contemporary Norwegian tennis player Christian Ruud has previously stated that the dream is to share wardrobe with just guys like Roger Federer and Rafael Nadal - the biggest stars in today’s tennis.

“Of course it is very very cool. I was born in 1998, that is the year Federer had his breakthrough. It’s great, and it also gives me the chills when I hear that Federer starts to involve himself and thinks it’s cool with young promising players. But I think he will follow the next generation players and since he broke through at an early age he can recognize himself in many situations”, Ruud said.

“That I did well in Rio has a lot to say. It’s a big tournament, and although Federer didn`t attend the tournament, he’s probably following the results. Perhaps he thought, “Ruud, who is this young player from Norway?”. My Dad has also practiced with him once before. Perhaps he made the link, wonders the 18-year-old.

“It’s a small tennis world , even though it’s far to the top. Most players have an overview of the 100-200 best players in the world. So I’m not surprised to hear that he has heard about me, but it’s incredibly nice that he has an overview of how the young players are doing.

Although Federer`s nice words values high, there was another legend that raged very highly for Ruud personally when he was little. It has changed over time.

“Rafael Nadal has always been my idol. When I was a little, I thought he was very rough and energetic on the court. I failed to follow so much on details then as I do now but when you see in retrospect, it’s something special when you watch Federer play. Just when he walks past you in the wardrobe or sits next to you on the neighboring table, you get this very special feeling when it comes to Federer.”

“He is absolutely unique in every way, an incredible cool guy, not that I know him personally, but you notice that he is very sympathetic wherever he goes.

What do you think about Federer’s good season start after a period of injuries and not so good results?

“He has played tennis at this level for 18 years and knows what it’s all about. He is physically fit and mentally hungry after a longer break. It may be surprising to many, but looking back at what he has achieved, it may not be that surprising.

What does it mean for tennis sports to have superstars like Federer?

“There may not be that many who are ” crazy ” about tennis (in Norway), but regardless , many knows he is one of the world’s biggest sportsstars. When you hear the name Federer, more or less all sports enthusiasts know who he is. Many people in Norway know who Bjørn Borg is because he is Swedish and people use his underpants.