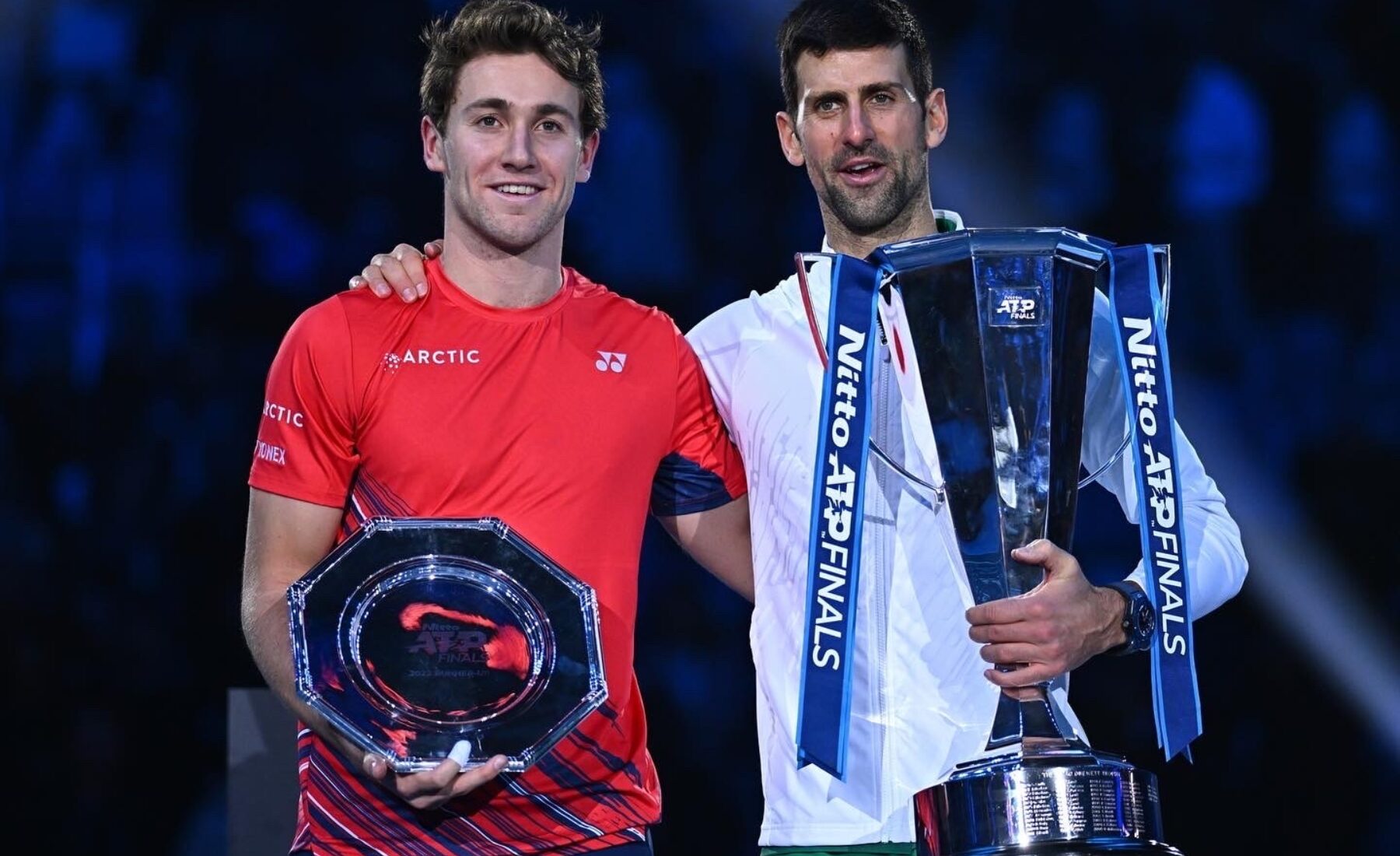 After great wins over both Felix Auger-Aliassime and Taylor Fritz, Casper Ruud was guaranteed a spot in the semi finals in the ATP play-offs in Turin. In the semi finals, Casper defeated Andrey Rublev, 6-2, 6-4, and was ready for the finals facing Novak Djokovic.

- Not many, including myself, thought this - Djokovic and I - would be in the finals, Casper said after the win in the semi-finals.

With this victory, Casper became the first Scandinavian since 1992 (Stefan Edberg) to end the year as top 3 in the ATP rankings.

In the final, Casper put in an enormous effort, but Novak Djokovic was too strong. Djokovic won the last official tennis match of the year (7-5, 6-3).

The ATP season is now over for Casper and he ends the year as world number three in the ATP rankings. In the coming week, Casper is in South America with Rafael Nadal.