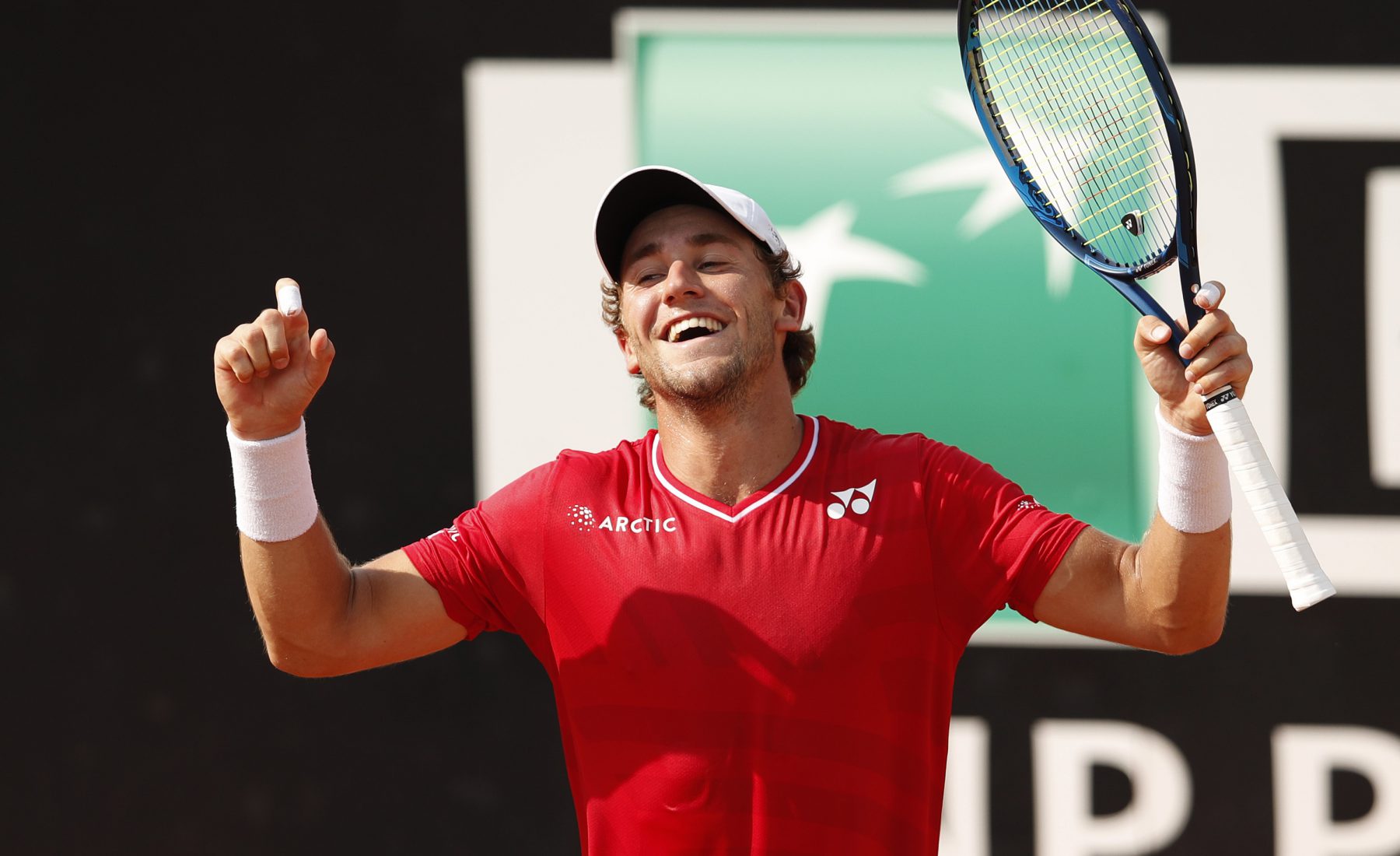 From New York to Rome and the start of the claycourt season after the Corona brake.

A tough match with strong rallys which Casper wins in two sets 6-3 6-4.

Casper is ready for the round of 16 and Marin Cilic is on the other side. A former grandslam winner and top 3 in the world. Casper is able to neutralize Cilic´s big serve and is stronger from the baseline. He wins the match 6/2 7/6 and is into his first Masters 1000 quarterfinal and will play M. Berrittini on home turf.

A long and tough battle with the match moving back and forth ends in a victory for Casper 7/6 in the third set.

Casper is making Norwegian tennis history by reaching the semifinals of a Masters 1000. In the semis no lesser than world number one Djokovic is on the other side of the net.

A big and difficult task but Casper is ready. With good intensity, attitude and a solid game he pushed the world number one and gave him a good fight. Casper loses the match 5/7 3/6.

With great results this week he will reach his career high of ATP 30.