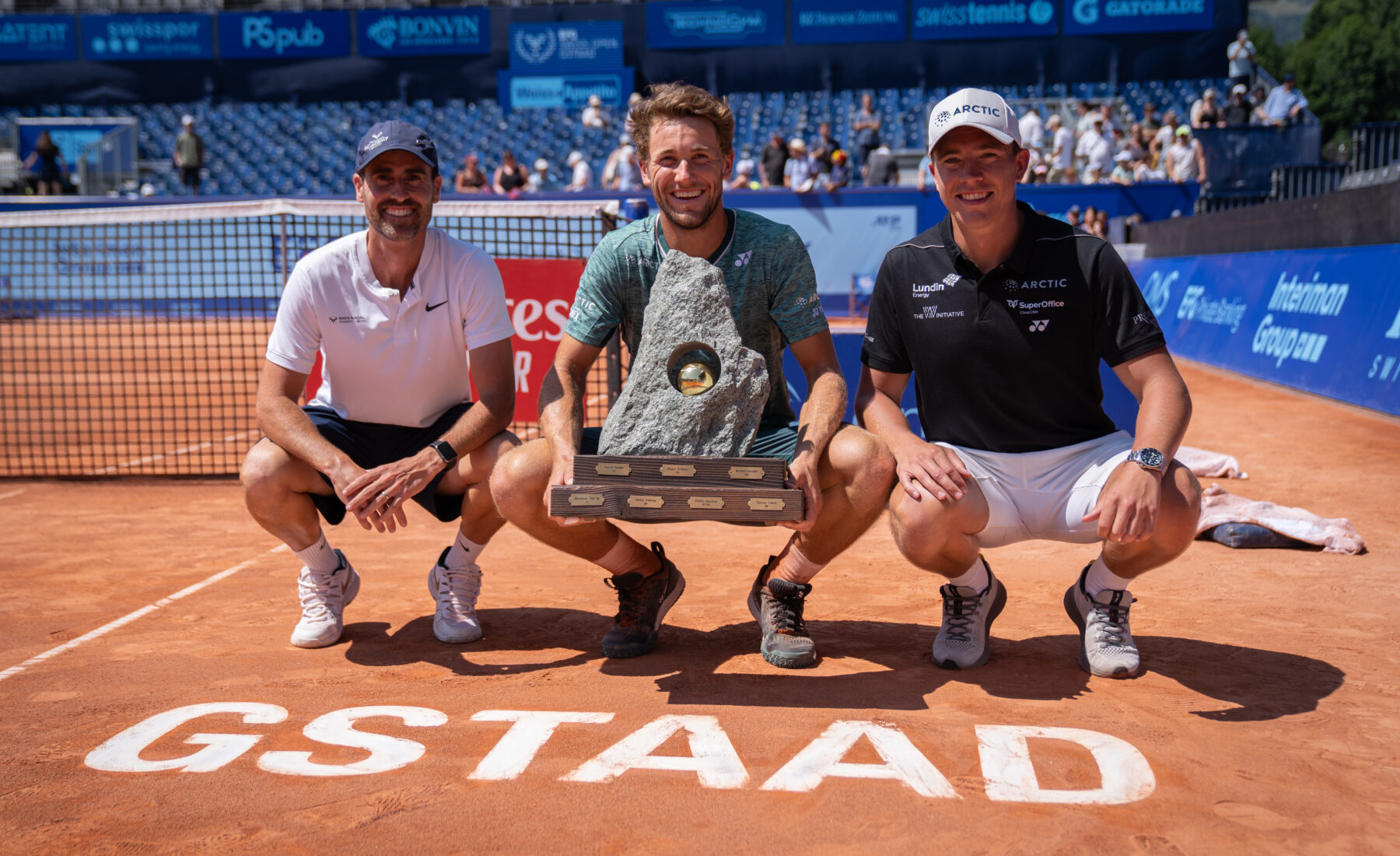 After Casper´s amazing run in Roland Garros he started his preparations for the grass season.

His first match on grass was at the Queen's Club in London where his opponent was Englishman Ryan Peniston. Casper was defeated in his first grass tournament with a close match 6-7, 6-7.

Next up for Casper was Wimbledon where he defeated Albert Ramos-Vinolas in the first round and lost in round 64 to Ugo Humbert.

After the grass season, Casper returned to clay. It didn't go quite the way Casper had hoped for in Sweden, he was defeated by Francisco Cerundolo. Cerundolo ended up winning the ATP 250 in Båstad.

Casper then continued to Switzerland where he also, this week, was the defending champion in Gstaad.

The week in Swiss Open became a good week for Casper and the team. Casper ended up defending his title and proving he was unbeatable on Swiss soil. In Gstaad Casper defeated both Jiri Lehecka, Jaume Munar, Albert Ramos-Vinolas and Matteo Berrettini in the final.

This was Casper´s ninth ATP title.

Next stop will be on the hard court in Canada.