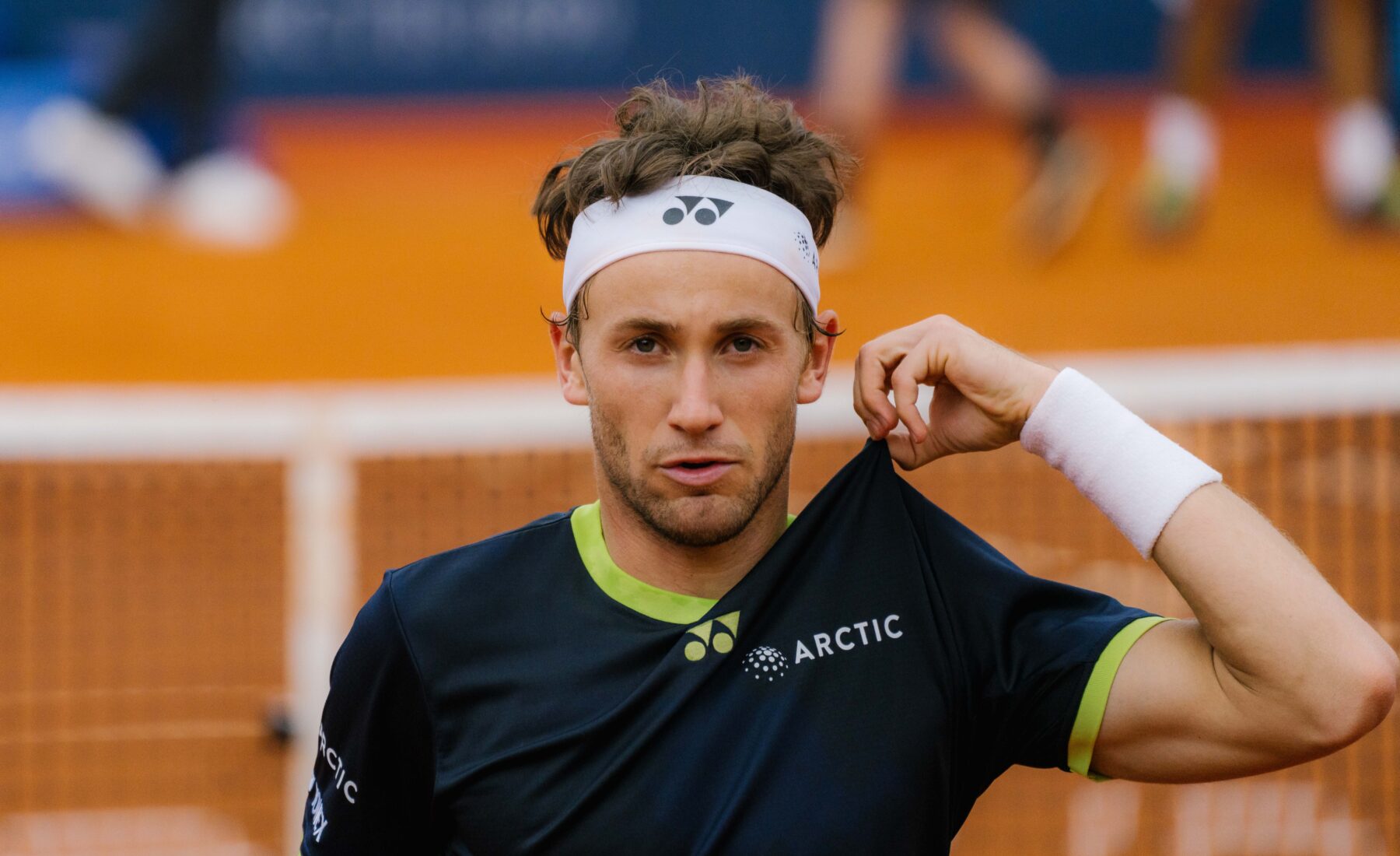 2022 starts off in Australia where Casper is feeling strong after a tremendous year ending as the No. 8 ranked ATP player.
The ATP Cup kickstarts the year in Sydney, but Team Norway with Casper, Victor Durasovic, Leyton Rivera and Lukas Lilleengen, was not able to make it through to the final 8. Casper defeats both Dusan Lajovic, 6-3, 7-5, and Christian Garin, 6-4,6-1, but is defeated by Roberto Bautista Agut in Sydney 4-6, 6-7 (4).

Casper continues his Australian tour to the Australian Open. However due to a mishap, while practicing with Daniil Medvedev, he twists his ancle which forces him to withdraw from AO.

Casper recovers fast and heads out to South America to play Buenos Aires 250 in Argentina where he defeats Diego Schwartzman in the final of the Buenos Aires ATP 250. This is Casper´s 7th ATP title.
Casper is, unfortunately, forced to pull out of the Rio Open clay-court tournament the week after due to an abdominal injury. Casper was feeling the effects of an injury he picked during Sunday's final of the Argentina Open. He does not want to risk anything by playing Rio.

After recovering, the week after, Casper plays Davis Cup for Norway, before heading out to Palm Springs, Indian Wells. In IW Casper defeats Christopher Eubanks, but is overcome by Nick Kyrgios in the third round, 4-6, 4-6.

Casper then plays Miami Open where he defeats both Alexander Bublik, Cameron Norrie and Alexander Zverev, Francisco Cerundolo and in the final, is overcome by Carlos Alcaraz. This is Casper first Master 1000 final and Casper reaches his career-high singles ranking of world No. 7.

Miami Open marks the end of hard court season for Casper and the start of the European clay season. In Monte Carlo he debuts on clay and defeats Holger Rune, however is overcome by Grigor Dimitrov in the 3rd round.