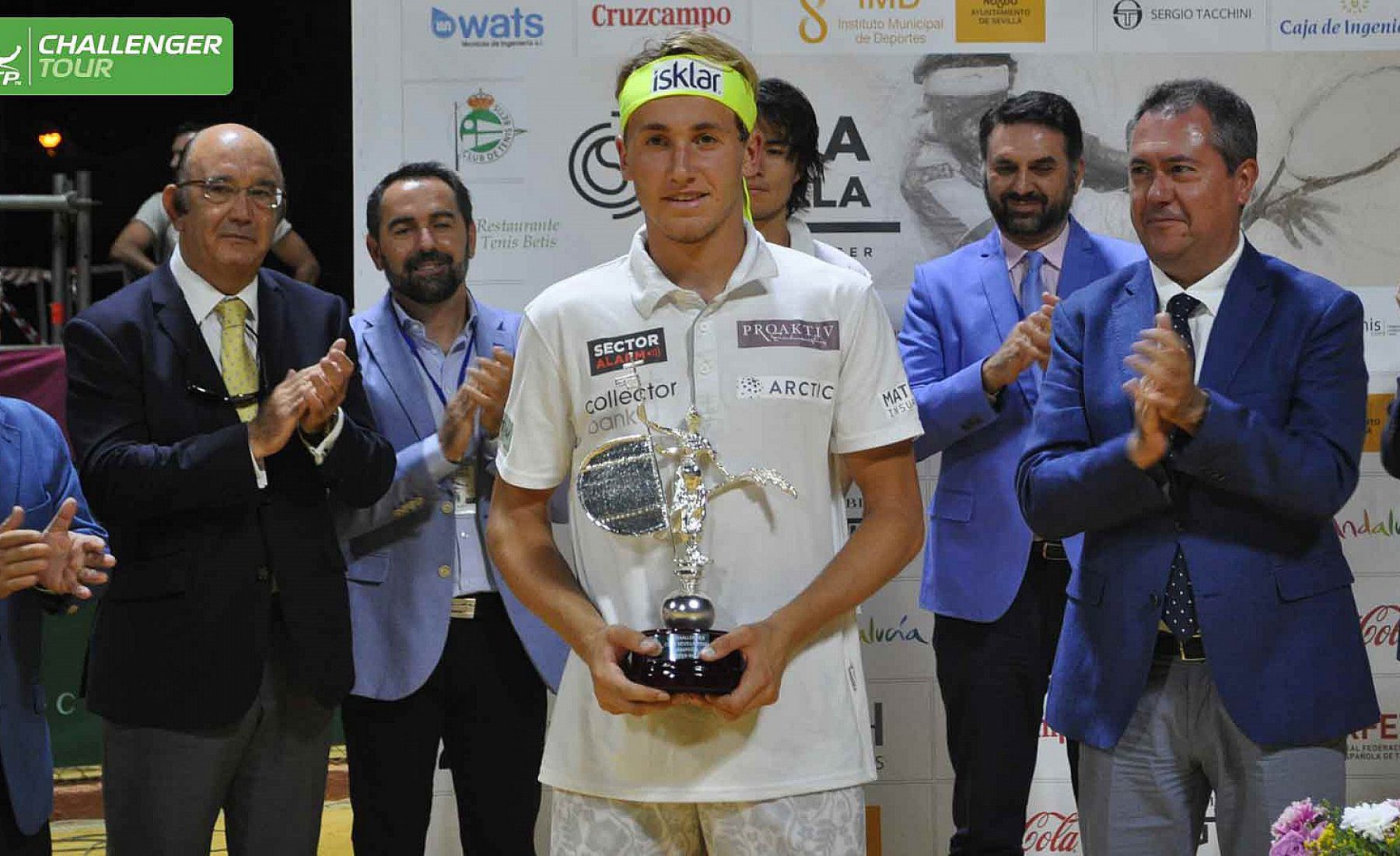 It was July 1993. Pete Sampras was embarking on his 286-week reign at the top of the Emirates ATP Rankings, having claimed his first Wimbledon title.

On the ATP Challenger Tour, a 20-year-old Christian Ruud puts Norway on the tennis map with his first titles. Ruud won back-to-back crowns in Finland and France and would rise to a career-high World No. 39 just two years later.

Fast forward 23 years and the Ruud name is back in the spotlight. On Saturday, Casper Ruud - Christian's son - rocked the tennis world, capturing his first title in his Challenger debut in Seville, Spain. At 17 years and eight months, he is the fourth-youngest player to win on debut in Challenger history. Only Michael Chang, Richard Gasquet and Jonathan Stark were younger.

Ruud, who opened the season outside the Top 1000, will soar nearly 200 spots in the Emirates ATP Rankings to a projected World No. 273. The former junior No. 1 is the youngest winner on the circuit since Alexander Zverev (17 years, 3 months) in Braunschweig, Germany, in 2014.

Opting to begin his professional journey over culminating his junior career at the US Open paid dividends for the Norwegian teen. Ruud proved his mettle throughout the week, marching through qualifying and winning seven matches in eight days, including four from a set down.

He would earn his first Top 150 win in the second round over Andrej Martin, followed by his first Top 100 win in stunning top seed Inigo Cervantes in the quarter-finals. Then came a comeback victory over defending champion Pedro Cachin in the semis, before downing third seed Taro Daniel 6-3, 6-4 in Saturday's final. Ruud exhibited the composure of a veteran after letting a set and double break lead slip, holding on for the victory after one hour and 22 minutes.

The Oslo native is one of five 17-year-olds to lift a Challenger trophy in the past four years, joining #NextGen stars Zverev, Borna Coric, Taylor Fritz and Nick Kyrgios. He is also just the third Norwegian to emerge victorious in ATP Challenger Tour history, with his father and three-time winner Jan Frode Andersen.